So You Think won yet another Group One event when he proved far too good for his rivals in the Underwood Stakes, run over 1800 metres at Caulfield on Saturday. So You Think has now raced four times in Group One events (from 8 career race starts) and has won two, with his failures being when 2nd behind All American in the Emirates Stakes (1600 metres) last Spring, and an unlucky 5th in Straspangledbanner’s Caulfield Guineas (also 1600 metres).

So You Think is a 4 year old stallion, with all of the bullish manner and arrogance that is so often a characteristic of the thoroughbred entire. And in many instances, these competing forces of power and natural inclination, work against the best interests of the animal as a racehorse. They are often sires-in-waiting, and racehorses on the wane. But So You Think revels in being a racehorse. Naturally - just as on Saturday - he may prove fractious in the confines of a barrier stall; or reef and pull if the jockey is inclined to (overly) dictate his speed. But this magnificent son of High Chaparral is a classic example of the stallion who chooses to channel all of his might and power into the battle on the racetrack.

In the 2009 Cox Plate the stable plans of sitting midfield was soon made redundant as the (then) 3 year old colt decided to lead. He had never been closer than 4th in running in any previous race - but the colt took the lead and defied all and sundry to run him down in one of the best racetrack performances seen in recent year’s. Returning for one last Spring assignment, in the Emirates Stakes, jockey Glen Boss was (again) no match for the entire, but this time So You Think went out at reckless fractions and was run down late by All American in yet another high quality speed (speedratings) performance. It was to be Glen Boss’ last ride on So You Think.

Steven Arnold has been the new pilot for So You Think since he returned to the racetrack in 2010. When resuming in the Memsie Stakes (1400 metres) he stalked pacemaker Typhoon Tracy before forging clear to win at his first start in 40 weeks. On Saturday in the Underwood, Steven Arnold managed to contain, if not entirely and completely restrain the headstrong So You Think, in a prominent 5th position behind the surprising generous speed. 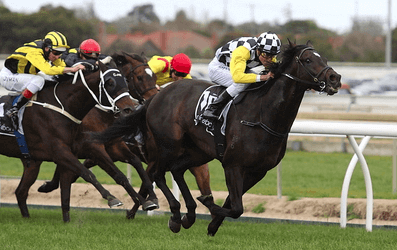 The stewards’ reported this:

Fractious in the barriers then jumped away awkwardly. 1300m pulling hard had to be checked off heels. 1300m came together on more than one occasion. Over-raced in the early and mid stages.

Racing up to his rivals on the home turn So You Think contemptuously put paid to any opposition and moved away for a comfortable 2.3 length win. Behind him were the winners of many of the great Group One events of Australasian racing: The Melbourne Cup; The Caulfield Cup; The Underwood Stakes; the Queensland Derby; the Doomben Cup; the Auckland Cup; and the Wellington Cup.

Many of our champion racehorses are geldings. Too often we find the precocious colts retired as 3 year olds. It is refreshing to see all the power and majesty of a racehorse grace the racetrack as a mature stallion. Everything that is thoroughbred on display: the speed, the beauty, and the physical power. 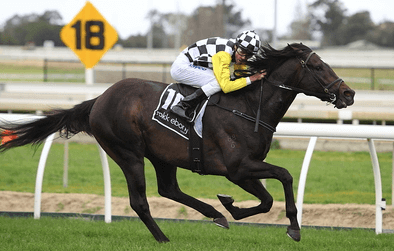 Trainer Bart Cummings never seems to make a poor choice in the preparation of his horses. The 2010 Cox Plate seems a very achievable proposition for his champion So You Think. And in the back of his mind is the running of 150th Melbourne Cup. These two races worth in total $A9 million.

Cummings has never been one to look at travelling horses overseas. But So You Think - by nature of being a champion entire - is one horse who (is eligible for and) I would love to see represent Australia in the pinnacle of world racing, the Prix de l’Arc de Triomphe. It won’t happen, he would have to stay in training as a 5 year old - but I think he is the equal to any horse in the world - and could win it. Hopefully, by year's end, the World Thoroughbred Rankings will see So You Think elevated into a premier top 10 ranked position (currently he is equal 20th). But it is difficult for the southern hemisphere horse to gain the highest prominence and accolades when judged against European and US horses. Not so much a prejudice as it is a fact of history. Only a victory in the Breeders' Cup Classic, or Prix de l'Arc de Triomphe, could transform southern hemisphere domination into worldwide acclamation.