"He's the horse of a generation. I think he's the best I've seen. He could rewrite racing history." - chief handicapper Greg Carpenter after watching So You Think win his second consecutive Cox Plate. 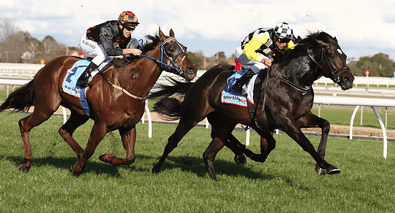 Greg Carpenter is the chairman of the Australian ANZ Classifications Committee - he also represents Australia on the World Thoroughbred Rankings Committee of the IFHA (International Federation of Horseracing Authorities).

We can only hope that this voice of admiration from Greg Carpenter is productive in ensuring that in debate with other members of the IFHA that (this time) So You Think is rewarded with a ranking commensurate with his champion status.

It is not acceptable to allow a northern hemisphere bias to downplay the deeds and quality of this champion thoroughbred. By my measure he is the best that I have seen.

Had the placegetters from the 2010 Prix de l’Arc de Triomphe competed at Moonee Valley last Saturday I would only grant Workforce the equal of So You Think. Personally I would have loved to have seen So You Think in Paris in competition - but that was a bridge too far in 2010. And with trainer Bart Cummings well into his eighties I would imagine a European swansong campaign unlikely for the dual Cox Plate Champion in 2011.

When the next World Thoroughbred Rankings are released I look forward to finding a real, and realistic assessment, of the Australian Champion. If not in the top ten then we are talking a northern hemisphere bias (and short-sightedness). I doubt that there is a racehorse in the world who he could not better.

Let us hope that a realistic ranking - top ten position at the very least - saves us from the need to petition for fairness and justice for So You Think.

Earlier articles about So You Think:

So (who do) You Think is the Best Racehorse in the World?